Tracival “Trace” Douglas Adkins was born in the Minoc Highlands on June 29th, 349. He was the youngest of five children to John and Susan Adkins. It became apparent at an early age that he was different than his siblings. His unquenchable thirst for knowledge and his infatuation with the magical arts caused a disconnect with most of his family. Magery was illegal in Minoc during the time, but John Adkins always wanted his children to be better than he was. After refusing to participate in the family’s renowned mining business, and after being caught many times in the near by city of Vesper, John and Susan decided to send their son to the Vesper Academy of Magical Arts to learn under ArchMage Erodish. From the ages of twelve to seventeen, Trace studied the magical arts, and was a well-liked student. The journals of ArchMage Erodish confirm this about Tracival Adkins. In one entry, Erodish goes on to say, “Tracival Adkins will be the greatest ArchMage these lands will ever see. But only after he learns to control his temper.”

Trace returned to Minoc, but he knew that he wanted nothing to do with the family business. One trip to the bank would forever change his life. He noticed young men his age and older, lining up near the town hall. Curiosity getting the best of him, Trace stood in line to see what this was all about. To his surprise, it was an open enlistment to Minoc’s fighting force, The Highland Guard. The recruiter was a charismatic individual named Papa Palapa. He informed young Adkins that joining the Highland Guard would bring honor to his house, and he would be apart of something bigger than himself. Intrigued and eager to serve, Trace wrote his name on the scroll and became recruit Adkins. The training was rigorous, and the sergeants demanded a great deal out of their recruits. Tracival was very young compared to his peers, and not to mention a rebellious teenager, so his training was prolonged, but nevertheless, recruit Adkins graduated training and was assigned a position within the church.

This was not his ideal position, but luckily for him, it wouldn’t last long. The lands had become war-stricken and Trace was sent to the front lines. His first taste of combat was against the mighty Bloodrock clan, in which he seen many of his fellow soldiers die. Over the next four years, Trace was sent all over the lands, participating in campaigns in both facets of Felucca and Trammel. When his service commitment was over, Trace set his sights on the new lands of Malas. One of his fellow Guardsmen convinced him that they could make it big with the many untapped resources. It didn’t take long after his arrival to realize that the lands in Malas were as equally overran with corruption. With the request by the government officials of Luna, Trace and his fellow Guardsmen were commissioned to lead the 54th Regiment of Malas; a small infantry unit given the task to combat the Temple of Mondain and help restore justice to the new lands.

It was during this time that Commander Adkins began to come into his own. He had matured a bit, and his prowess on the battlefield showed. He was considered a tenacious fighter, and a strict disciplinarian to his fellow men. Everything had to be just right, and he would spend countless hours planning and training. Some would say that he was obsessed with winning, but he wanted to make sure that his men went home to their families alive. After suffering a catastrophic defeat in Umbra, the 54th regiment was decommissioned. Lost and confused as to what to do next, Trace was influenced by Poet to travel to the Temple of Mondain. With the promise of power and riches, Trace accepted an invitation to become a priest. However, this was short-lived because word spread that he had turned his back on his own people and had become an oppressor—the very thing he hated the most.

With nothing to lose and everything to gain, Trace returned to Minoc with his mind made up to finally participate in the family’s business. The months flew by quickly, and he was drowning his own misery. Every visit to town was a constant reminder of how much he missed serving in the Britannian Armed Forces. To stay semi-active in the community, Trace would instruct new Mages in his free time, but he knew he could never go back. He visited Skara Brae regularly to drink and mingle, and by chance he noticed a scroll pinned up on the tavern wall. The Yew Militia was seeking active service men and women to defend the land of Yew. Trace took that note and put it into his bag. Yew was not the ideal place for anyone. At the time it was mostly swamp land, and most people who lived there farmed and made wine. But after weighing his options, and realizing that he hated mining, Trace set sail to the city of Yew. It took a lot of convincing, but Trace was finally accepted as Yeoman of the Yew Militia. It didn’t take him long to realize that the Militia was far from an elite fighting force in those early days. He recalled his first muster with the militia. “Most of the individuals showed up with straw hats and pitchforks.”

The Militia, though small, strived for excellence and efficiency. It was when Trace learned the value of teamwork. His good friend, Commander Polynikes, really took a liking to Trace. I suppose he knew that Trace wanted the glory as much as he did. Together they were an unstoppable force, and you could almost always catch the two dueling outside of the headquarters for hours. It was like watching in motion chess. Each trying to counter attacks and learn the weaknesses, and it was that mentality that propelled the Yew Militia into one of the greatest fighting forces in the lands. But as you can imagine, when you’re on top, you feel as if you’re untouchable. Unfortunately, Trace’s ego grew and grew as each victory in battle added to his legend. Trace was a highly decorated Militiaman. He was the only Militiaman to be named Militia Champion and ArchMage, but his rank never matched his true potential. He would lose rank as fast as he would gain it. He spent many days in jail for a variety of petty-crimes. Mostly insubordination, brawling, and failure to follow orders of higher military ranking officers. His lustful heart, failed marriages, and his taste for ale, only added to the long list of troubles. It eventually all came to a halting stop when he assaulted Oona, leader of the RKR, and three other men who jumped in to defend her. It was at this point where Trace hit his absolute low. He was tried and found guilty. The court with the request of the BAF suspended him indefinitely, stripped him of all his rank, and he was forbidden to attend any BAF function for life. Polynikes, who had been his biggest advocate, couldn’t persuade the council to reconsider their ruling. Defeated and dishonored, Trace returned to Minoc.

Over the next three decades, Trace sort of disappeared in the shadows. Every now and then he would go to town, but he tried to avoid people as much as possible. He focused most of his energy helping his son, Joshua. Every now and then he would receive news-- but was especially thrilled to find out that Polynikes had become the Grand Marshall of the BAF. Trace wasted little time and traveled to Yew to congratulate his old friend. To his surprise, he was welcomed back with open-arms. Polynikes arranged a meeting with the high council weeks later, and Trace asked for reinstatement to the BAF. He was granted probationary reinstatement under the conditions that he could not get in any trouble, and that Polynikes would be responsible for him. Trace understood the severity of the situation and decided from that day forward he would be a better friend, soldier, husband, and leader. He organized many musters and lead patrols. He reinvented his image, and he became more passive and diplomatic. It was this change that was seen by his peers and his fellow militiamen, that allowed Trace to be promoted to ArchMage again. The years flew by and the young man now older and greying, decided it was time to step away, but for good this time. With this permission of Polynikes, Trace retired and wasn’t seen again. Some say that he had died, but others have sworn they’ve seen him every now and then. But his name is still known, and his story is still told. Tracival Adkins, the son of miners, who through a lifelong journey of ups and downs, found himself, and has been redeemed. 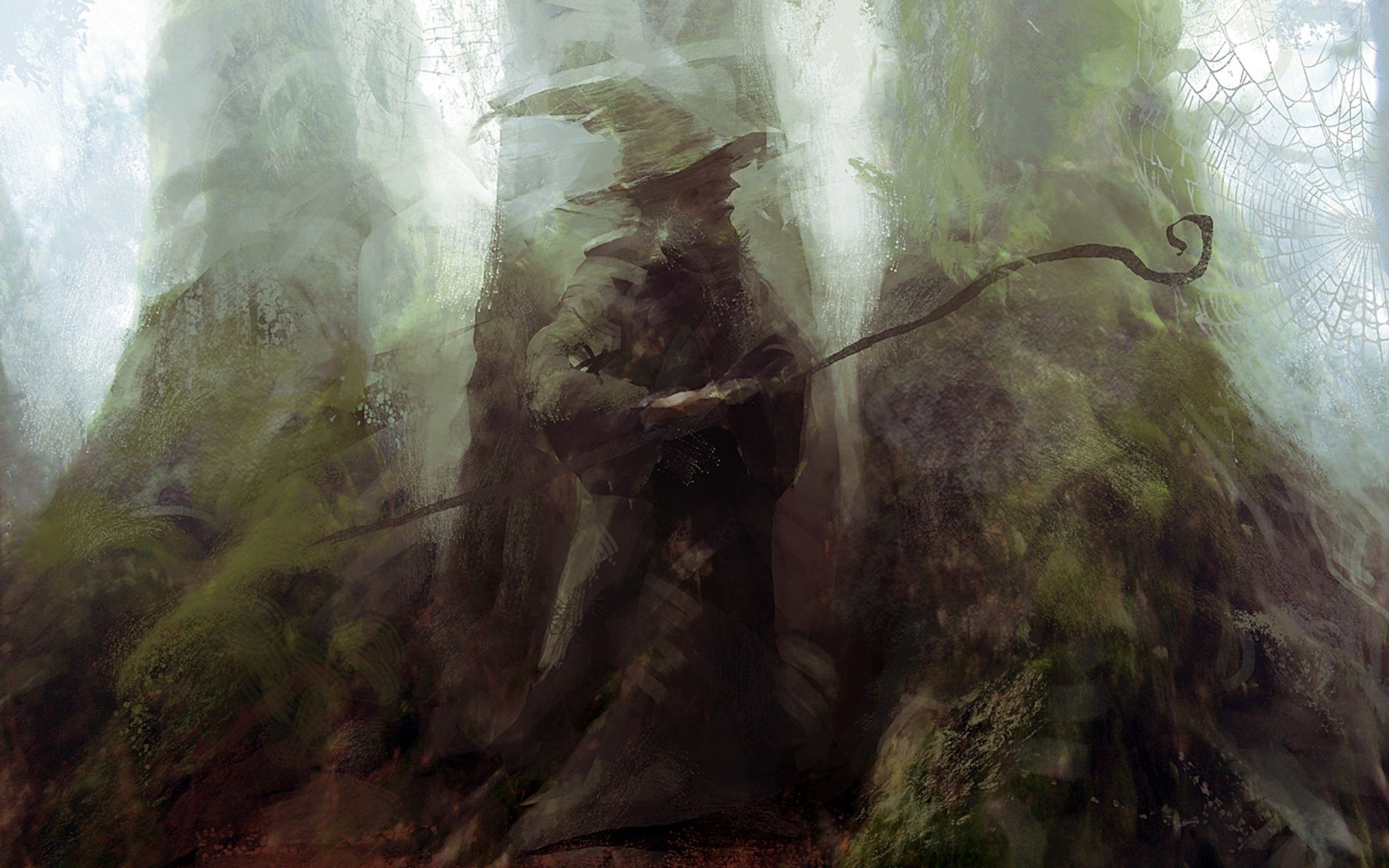