Gold Tome of the Virtues: Chapter 1 - The Dark Unborn

Britain is the capitol of Britannia located at the midpoint of the Britannian continent along the eastern coast.

Gold Tome of the Virtues: Chapter 1 - The Dark Unborn

Meet at the First Bank of Britain on Wednesday, May 30th at 8pm CDT.

Several weeks ago, a band of brigands robbed the First bank of Britain of the freshly-restored Gold Tome of the Virtues, a magical collection of Virtue lore and stories.

The brigands, an all-female group strangely calling themselves “The Dark Unborn,” escaped through the sewers to the Lost Lands.

Join me, Governor Warner, in recovering the Tome from these miscreants. Meet at the First Bank of Britain on Wednesday, May 30th, 8pm CDT.

(A gate will also be available in the Luna Bank)

Note: This is Chapter One of at least 9 main chapters, to hopefully be released once a month as an event. Look for this logo on associated event notices: 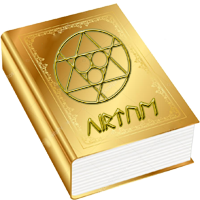 Return to “Britain, City of Compassion”